After nine years of commuting two hours daily began to get to me, I recently broke my resolution not to incur any more monthly expenses. The lure of endless oldies on satellite radio finally seduced me. I figured the monthly fee for Sirius would pay for itself if some jazzy radio tunes helped me hang on to a shred of my sanity.

I got a satellite radio and installed it in the aging minivan all by myself(!), complete with a bird’s nest of dangling wires. A whole new world opened to me. Not to mention I’m sure I'll save money on various prescription mood altering pharmaceuticals.

That middle-aged woman you see singing and banging the steering wheel to the disco beat of The Seventies on Seven at Sirius? That would be me. I don’t even care if I look goofy as heck to observers at stop lights; I’m in another world as I get my groove on to Earth, Wind, and Fire. After all, I’m already driving the arguably most-uncool ride on the planet—a white minivan, complete with peeling paint. The “cool” bus had obviously left me behind some time ago.

One of the better aspects of coming to terms with midlife is finally not giving a …. hoot (keeping it clean, here)… about playing the fool. Life is too short to worry about people thinking I look silly. Beating on the steering wheel is just plain fun, and I think I’m actually releasing endorphins while thumping out the beat.

Today’s especially revelatory song was from 1979, Teddy Pendergrass laying down “Get Up, Get Down, Get Funky, Get Loose.” Dancing in my seat, I forgot how tired I was this morning and how far behind I am in grading dozens of papers. A little seed of an idea was planted in my mind, and when I got to campus, I checked out some clips on YouTube. Uh-huh. Just what I was looking for.

Slowly I walked the hall to room 103. The lesson plan for my 9:00 college composition class was the dreaded comma splice lecture. If you don’t know what comma splices are, count yourself lucky. I learned about them to my great and lasting sorrow, and now, sadly, I must bring the news of these evil saboteurs of college essays to my sweet and unsuspecting students.

I’ve been blessed with a great group of young people in this particular class—they actually listen and have motivation—amen, halleluiah. So it particularly pained me as I saw their previously eager eyes gloss over about ten minutes into the comma splice debacle. We continued on, as I gamely did my best with possibly the driest lecture I give over the course of a semester.

Finally, I gave the class a worksheet to test their comfort level with those devils, the comma splices. I could tell it was a relief to them that at least I had stopped talking! There’s an ego deflator for a teacher.

We checked over the answers to the worksheet together, and the punctuation gods were smiling at the class who were still engaged and trying their best to deal with the comma splice nemesis. I was proud of them. They got through an episode of what I think of as a necessary evil.

And wait—we had three minutes of class time left!

“I have something very important I want to show you before we go,” I said, deadpan.

The overhead projector popped up the Teddy Pendergrass “live” 1979 YouTube video of “Get Up, Get Down, Get Funky, Get Loose.” Teddy was in his glory: fit, handsome, in an all-white outfit, gold neck-chains shining, smiling and working it, man. He had the club patrons at the venue on their feet!

I was dancing and singing next to the classroom computer. Some students smiled, some gaped, some looked shocked, some rolled their eyes, some looked like they wished the floor would open up and swallow us all (or at least just me), some were swaying to the beat, clapping and snapping fingers.  One young man said, “That’s Teddy! Teddy Pendergrass!” I can only assume that his grandmother played the LPs to him in his cradle.

After Teddy sang the refrain several times, adding in “Whatcha come out here for?” I told the class that I saw this song as a metaphor for college. They laughed. No, I said, you took the trouble to get here to college, like Teddy took the trouble to get to the club, and by heck he’s going to get up, get down,  get funky, get loose,  now that he’s there. You’re here to make the most of college, I can tell.

As the class filed out, one smiling young lady said, “Mrs. Bruce, thanks to you, I’ll make it through my next class, ugh, Chemistry, with a smile on my face.”

“I come out here to party / And party is what I’m gonna do / I done worked hard both night and day / And now it’s time for me to shake it loose / Took me an hour just to get here /
Do you think I’m going to stand up on the wall? / Gonna have myself a ball, do you hear me? / Have myself a ball, come on y’all.”

I really need to spend more time at the BEACH! 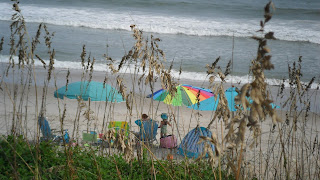 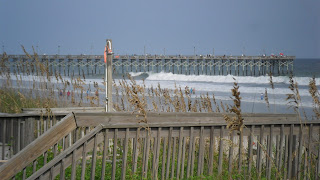 Email ThisBlogThis!Share to TwitterShare to FacebookShare to Pinterest
Labels: beach, relaxing, surf, why am I not there now?

In Defense of Nice

This was originally a guest post I did over @ my girl Melissa's blog http://www.myalienbody.com/

All is well with me, my loves, I've been ... writing a book. Just typing that makes my head want to explode. More on the book (draft) later.

In an effort to prove I am still here in the blogosphere, I'm borrowing this post to give me a jumpstart back into the blogging groove. Hope you enjoy.

What’s so bad about nice?With so many corners of the world in turmoil, strife-- crushed under war, illness and sadness, is there a place for “nice”? Or should the word be abandoned as an archaic notion?Attending college and getting exposed to a bunch of literary theorists beat the wordnice out of me.
I was taught that the word was never to be used when describing literature, for instance. Calling Jane Austen, Emily Dickinson, or Henry David Thoreau nice in a college English class might get a student verbally stoned.

Nice was a dirty word, showing the ignorance of the person who used it. Nice was uncool. I was already supremely uncool as a non-traditional student, typically the oldest person in any college class (often including the instructor).  I didn’t need to feel even more out of place because of a four-letter word.
So I turned away from nice as I would from a bad smell, holding my nose, coughing a little when someone else made the mistake of using nice during class. A professor told me that using nice was as bad, as damning, as a woman wearing the color pink. Nice showed a lack of commitment, of seriousness, of intellect.I swallowed, hard, as I was wearing a pink cardigan that day, and wanted to crawl under the desk. I gave the cardigan to the Goodwill. No more pink, no more nice. I could sneer at nice with the best of them.
But the sneer didn’t fit me well. Uneasy, I avoided the word nice, but for my own reasons, or so I told myself. Nice was vague, wishy-washy, a term used by default when an un-schooled individual was at a loss for words. Nice didn’t have cachet, joie de vivre, or prestige. Nice did not garner respect. I was too snobby, too smart to use nice.My nice-avoidance lasted a good ten years. Over the past year or so, I’ve been having second thoughts about nice. Blogging has exposed me to a group of supportive people who’ve become my friends. Most, if not all, of the comments they make are kind. I like it that way.

I didn’t begin blogging to find flagellation. I can flagellate myself just fine, thanks very much. Feel free to make nice comments, call me nice, and be nice to each other at my blog. Really.
Other bloggers may revel in abundant criticism, verbal sparring, and don’t mind mud-wrestling with readers. Kudos to them. I don’t have that kind of blog, not that there’s anything wrong with thoughtful disagreement.

But if you want a spirited debate on every point I’ve made, you probably won’t read me more than once. That’s not my niche, if I have a niche. Or maybe I have a nice niche? Sorry, couldn’t resist that bit of alliteration.While nice can and often is overused and abused, I hear it creeping back into my casual conversation and sometimes, my writing. In a worldwide cesspool of derision, intolerance, back-stabbing, and prejudice, perhaps it’s okay to be, and to use, nice.