So far, this winter has been a menopausal rip-off. At the risk of confirming my complete insanity, I will say that the weather here in North Carolina has been… too warm.
As I mentioned back in What Not to Wear: The Menopause Edition, I’ve been having my own personal global warming crisis. Having three delicate temperature settings, warm, warmer, and get the hell out of my way I need to put my head in the freezer, I looked forward to the winter of 2011-12 with deep yearning.
Alas, my hunger for cooling relief is unfulfilled. Here in coastal Carolina, we have had frost. We’ve had one night in the twenties. But daytime temps have been in the 50s, 60s, and 70s.
I’ve had to scrape some frost off my car windshield 3 times. By the afternoon commute, I am BLASTING THE AIR CONDITIONER IN MY CAR. Peeps, I weep. You may cry for me, Argentina.
I wear summer t-shirts. I wear cotton pants. If I could keep my legs shaved on a more reliable basis, I would wear skirts to get a bit more air… up there.
My fashion-forward girlfriends wear slimming, dark tights, sweet cashmere sweaters, cute boots.  I gaze at them in hopeless admiration. On the few cool-ish days when the non-menopausal wear fur-trimmed coats right in step with today’s styles, I wear a cotton hoodie, open to catch a breeze. Sometimes I take the hoodie off and tie it around my waist, keeping one eye open for a photographer from the Glamour magazine fashion “don’t” page.
Trying to find the silver (non-down filled) lining, I am thankful that local heating bills will be lower, the camellias are blooming with riotous abandon, the woodland creatures need not shiver. I won’t be a selfish, mean-spirited, menopausal crank.
For at least the next five minutes.
Posted by Unknown at 5:06 PM 11 comments:

Plethora of Pajamas in Public Places

A Louisiana parish, according to AP reports, is considering a ban on wearing pajamas in public. A parish commissioner, while visiting Walmart, saw young men in p.j.s, and apparently got a peek at some private parts one would associate more with Chippendales than with Walmart’s chips and salsa aisle.


Starved for news on the lighter side, this story attracted my rapt attention and at least ten minutes of deep introspection.


My stream of consciousness – you can thank me later—went something like this: Free country, can’t legislate good taste, ACLU, lazy-put-on-some-clothes-for-Pete’s sake if you’re old enough to be potty-trained, God-given rights of the individual, improbable enforcement, don’t want my mama to have to see a dude’s dingaling when she’s buying her skim milk, my body/my jammies, public indecency, freedom of the un-pressed, holy habeas corpus, will Slankets at Safeway be next?, keep bikinis on the beach / sleepwear in the sack, democracy in action, what happens when Granny goes to market in her Maidenform bra-thong set cause that’s freedom too,  pajama jeans vs. sweatpants, definition of sleepwear, slippery slopes sink ships, beam-me-up-Scotty did Captain Kirk have Star Fleet footed-jammies?

Phew. I’m so exhausted I’m going to put my pajamas on and hit the hay. Or head out to Target?


Pajamas. An issue so controversial yet so central to freedom, and in an election year. Who will be the brave journalist to poll the presidential hopefuls on this question—are pajamas in public an inalienable right?


What do you think? Pajamas in public? Or jammies only in the sanctity of the domicile?
Posted by Unknown at 11:17 AM 14 comments:

More to the story: Marines in conduct unbecoming

Not really. I'm excited and honored to be asked to edit book two in the Redemption series by my friend, R.K. Ryals. Book one is Redemption-- it's available for $ .99 on Kindle. Check it out!

Book two is Ransom, and continues the YA story of a foul-mouthed, convent-raised teenager, Dayton, who gets swept up in a war between Angels and Demons. I've read the first chapter, and it's going to be a wild ride. 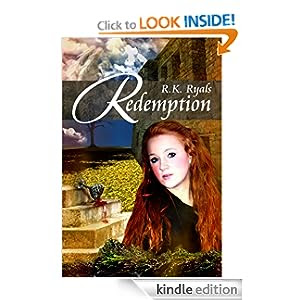