Tommy Barnes had some time to kill between classes at the university where he’s a junior creative writing major.
So he went out to his truck and got out his bullwhip.
He had some empty water bottles, and he set them up on the open tailgate of his pick-up truck for targets. Tommy began practicing his aim with the bullwhip—CRACK!, in the lovely fresh air that early fall day on the edge of the shady campus parking lot.
A little background may put this in perspective from Tommy’s point of view. He’s a backwoods-of-Florida young man (yes, there are a few still left), about 26 years old. At one time in his life, he lived alone in the woods in a trailer with no running water or electricity.
He hunted, trapped, and ate the animals. He grew vegetables. He rarely went to town or shopped for food. He wrote poetry. He grew a beard. He was 20 years old.
When I met him a few years later as his first college English teacher, he had a meticulously-kept folder of dozens of his poems. Good poems!
Tommy is that rarity in modern life, an individual. Lady Gaga, you Madonna wanna-be, you only wish you were half the unique person Tommy is.
Maybe this explains why when Tommy took out his bullwhip on that sunny fall morning, he didn’t dream of the reaction by the conformists, his fellow university students in North Carolina. College students raised on a bland diet of Domino’s pizza, the Simpsons, the Sopranos and re-runs of Friends were not prepared for Tommy. The little lambs.
Slack-jawed with astonishment at the sight of a ball-capped, blue-jeaned bullwhipper, they called the cops as quick as their fingers could hit 911.
A few minutes later, campus police arrived.
Lost in the moment, unaware of any commotion, Tommy was still bullwhippin'.
“What are you DOING?” they asked. Pre-Tommy, they thought they’d seen it all.
“Um, practicing with my bullwhip…” Tommy tried to explain. Essentially a sweet soul, he doesn’t truly understand the magnitude of his own uniqueness.
“Well, you’re scaring people. You gotta stop.” The campus police officers looked at Tommy, his bullwhip, and his rusty pickup truck plastered with the University of Florida Gators logos.
“You’re not from around here, are you, son?” the flabbergasted officers deduced.
“Nope.” Tommy rolled up his bullwhip. He didn’t argue.
I’m guess I’m just an ole redneck, Tommy thought. He was happy they didn’t arrest him, but amazed that his bullwhip had cause such a ruckus.
I’ll never have another student like Tommy. Gosh, I love that kid.

roller coaster of school and ... love!

The semester is winding down at my community college and it's an emotional roller coaster. I get choked up with love for some of my students and how I'll miss seeing them each week. And... getting kinda happy at not having to deal anymore with the few students who are <stinkers>! 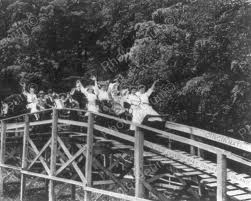 Silly me, I thought teaching at a college meant I wouldn't have to deal with much in the way of discipline issues. But that's not what I want this post to be about. Let me change gears.

I do love my students, and some of them love me back. Get your mind out of the gutter! This is platonic love between people working toward a common goal of getting our English on.

My students are nothing if not complex. Julie has served a couple of combat deployments in the Marines, drives a Harley, has extensive tats, but can dress up like a girly-girl when she's in the mood and rocks a college research essay like nobody's business. I adore her and told her if her momma don't treat her right, she can come on and be my daughter.

A former student that I hadn't seen in a year came by to tell me he'd received his bachelor degree. He brought me angel trumpet flower plants that he grew in his own greenhouse. Sven is a retired Marine Sergeant Major (the highest enlisted rank there is in the Marines), 6 ft. 6, with a mad green thumb-- yet I doubt you would peg him on sight for a flower lover. He looks more like the biker that he sometimes is on weekends. Yet, there he was outside my office door with a cardboard box full of plants. He even brought me photos to show what the plants will look like when they get mature. Made me feel like a queen to have Sven care enough to bring those plants in.

Another former student popped in. He'd been away at the Merchant Marine Academy, but is now back in town finishing up a few credits to get his bachelor degree. While Gregg was gone, he served on ships in the Bering Straits and in the Great Lakes in the winter. He got hurt twice by equipment, lines snapping, that kind of thing, and showed me the scars on his leg and the back of his neck. He's 23 now and has come a long way from the socially awkward 17 year old I had in freshman composition. He said I was the only teacher at my school that he wanted to come back and say "hi" to. How humbling is that! Sheesh.

Like I said, a roller coaster ride. I'm still hanging on, getting ready for our school's graduation ceremony and the start of summer session classes. And a whole new crop of students. Some will be stinkers, some will be future sparkly gems.

Why, when I feel stressed, do I crave pre-1930s British novels, especially detective novels? 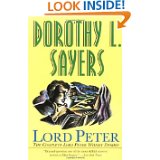 1. I am an English-teaching nerd.

2. The manners of people in these books seem so predictable.

5. The settings and situations are completely unlike 2011 in the Southern U.S. Petrol is cheap and trains are running at all hours, so who even needs petrol? The next train is at 10:20 with a sleeping berth? Take me away!

6. There is almost always a cheery fire in the grate and a cup of tea or a whiskey and soda. And biscuits. Or scones, with butter. Or a saddle of mutton. Eww on the mutton, but oddly comforting.

9. Even though it's always raining and cold, the Brits keep on keepin' on. Redoubtable. Even the elderly ladies. They have Burberrys, umbrellas, and hats. Tweeds, too. Boots.

10. One's honour is everything. One may lose one's way temporarily, but honor will always win out.

Ahh. I feel better already. Now, will it be Agatha Christie or Dorothy Sayers tonight?