the old are always with us

Recently, my 81 year-old mother, a mother of five, needed some help getting her jacket on.

She turned to me and said, "All those years ago when I was putting coats on little children and buttoning them in, I never thought that one day my children might be putting clothes on me!"

Mom's tone was funny/sad and nostalgic, and that's a rare moment for her-- she tends to keep things light. She works hard to keep a positive attitude about aging.

The comment gave me a lump in my throat. I started looking around at mothers and dads with young children, trying to detect which children would be assets to their parents in their old age.

Would that little boy with the brown curls help his old dad get on the toilet seat one day? Would that blue-eyed toddler invite her elderly mother to live in the spare room in her home with her husband and five children as my mother did for my grandmother? How will that adorable 15 week old baby girl, sleeping in her carrier, react when her mother gets so forgetful that she puts her underwear on over her street clothes? Right now, that young mother is smiling down at her beatific little one.

I don't have any children, so I wonder what will happen to me if I live long enough to be old?

I'm a teacher at a community college, and I've heard some of my students complain that they hate old people. The old ones clog up the roads, drive too slow, hold up the line at the store asking the clerk to explain something on the receipt. 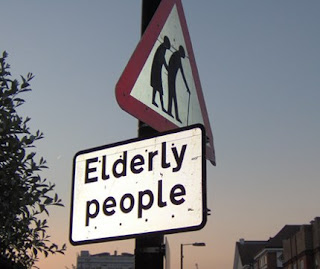 I try to remind my students that their parents will be old one day. And, horror of horrors, unthinkable as it may be, they themselves may even be old one day! Perhaps I can influence one or two of these young adults to re-think the impatience and callousness some of them have toward the elderly. I'm going to keep trying.

I'm so incredibly grateful when I'm out in public with my parents and someone holds the door open for them, smiles or offers a thoughtful word. So many people won't even look at the elderly-- it's like the old ones don't even exist.

I hope there are a few kind people left when I'm old(er)!
Posted by Unknown at 2:20 PM 3 comments:

I teach English at a community college in a military town. Names have been changed to preserve confidentiality.
Will sits across from my desk, trembling from head to toe. He looks very young, but I figure he’s at least 23 since he says he’s been out of high school for five years. Will has an intelligent, devoted wife who’s applying to grad school and a 3-year old son. Tall and thin, he has thick, light brown hair and piercing blue eyes.
Will’s wife, Sandra, my former student, came by earlier in the week to tell me her husband is upset about his paper. He hasn’t slept in days.
He’s done two combat tours and survived, yet he’s worried about his response paper for British Lit.
Sandra says, “Mrs. Bruce, can you do something? I keep telling him he’s smart, he’s a good writer. He just needs to get a rough draft down on paper.”
Sandra and I discuss strategies to help her husband’s writer’s block. She says she’ll try to get him to come see me.
Will sits in my office two days later. I’m glad he came; I like his sincerity.  But he is in constant motion.  I’m trying to ignore it.
I can’t say I’ve ever seen a man so restless. I’m vaguely aware that I’m in denial about what is going on with Will.
I try to reassure him. His paper looks great; he’s done a fine job with Blake and Coleridge. I think: Why is he trembling? Is it espresso? Red Bull? Was he like this before the war? He is apologetic, saying that in high school he didn’t take so long, worry so much over his papers.
While I’m talking with Will, my officemate Amber is finishing up her conversation with a muscular young student in a black t-shirt. A loud talker, Jake’s articulate, with an impressive vocabulary. They’re discussing the draft of his argument paper. Our office is small, and I can’t help listening a little, distracting me for a moment from Will’s jitters.
Jake must’ve written about his battles with the VA; Amber is telling him it’s good to be passionate in his paper, but maybe some of the language, the tone, is a bit too strong for a college argument. He shouldn’t use words like “idiotic,” or “foolish.” Jake has hearing loss from the war, and the VA says the damage is not from his time in the military, despite all evidence to the contrary.
“I went into the military with perfect hearing and I came out with hearing loss. They say it has nothing to do with the guns and the IED’s. I’m 24—where else did I get hearing loss?”
Jake is mad about the runaround he’s getting, but with effort, he’s contained. Amber is mad, but self-possessed, professional. I’m getting mad, too, and not at the students in my office. There’s another emotion trying to escape from my chest. I’m not sure what the other emotion is. It makes me clench my jaw.
Will glances at Jake, but without expression. Will talks a little louder, so I can hear him over the unintentionally loud guy with the hearing loss.
We continue our conversation about the poetry paper. I may be repeating myself when I tell Will he’s a good writer, not to over-think the assignment. He rises to go. His hand is dry, warm as he shakes my hand, his grip strong but not overbearing.
He leaves, but my brain is roiling. Once again I have seen what few Americans ever see and rarely concern themselves with, even if they watch Brian Williams on NBC every night.
I’ve got to do something. So I begin a blog entry, trying to avoid a harsh feeling of futility. Of sinking, sucking, slippery despair. Trying to find some way to be a witness, to give a tribute, to define and contain something that is amorphous, monstrous. Something that Will is working to conquer, minute by minute, hour by hour, day by day.
I’ve proudly taught vets since 2003. I love what I do and I’m doing what I can to help. I’m not being flip, hard-hearted, or disrespectful. But by the time both Will and Jake leave my office, I need a therapy session.
Is it selfish to ask who’s going to help me?
Yes. It does seem incredibly selfish.
What can I know about what my students have gone through, are going through? The ones who have been to war, the ones who waited for them to come home, and the ones whose loved ones didn’t come home, or didn’t come home whole.
It has been a long war for all of us.
So I get up and go teach Creative Writing class.
Posted by Unknown at 11:01 AM 4 comments:

the week that was un-funny 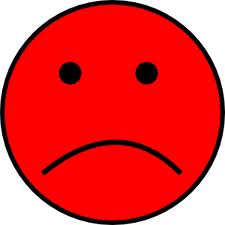 Hmmn. The state that employs me has told me to get ready for a salary cut. But they are delivering a new desk to me next week. I didn't ask for a new desk. Don't need one, even if my current desk is 50 years old. It still has legs and a flat surface perfectly suitable for my needs. Call me mercenary, but I'd rather have the cash than a new desk. Not funny-- ironic, maybe?

Okay, but something funny...

Wow. This may have been one of the most un-funny weeks ever. I will resist the urge to list all the un-funny events that happened to people I care for.

Grasping here. How about a few improvements in the natural world? The azaleas are blooming. The 10,000 acre local forest fire is out without burning down any homes. The weather is warming and we aren't using heat or a/c. And hey-- we have heat and a/c and can afford to pay the bill for them.

Is this turning into a gratitude journal???

A co-worker/friend adopted a three-year old boy. What a week in that new family's world! 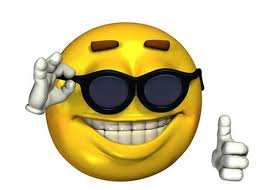 My brother is safely in town after driving a thousand miles to be with our 80-yr. old parents for a couple of weeks. I'm glad that he has the energy to show them some fun and give a break in our routine.

Much as I love funny, I guess I'll shut up and be content with all the above for the least-funny week in a long time.
Posted by Unknown at 9:57 AM No comments:

I've been searching for blogs that might address this stressful, anxious time of life-- the so-called middle. If I live to be 108. There are few blogs out there, but they tend to have a narrow focus. That's great, but...

In this blog, I'd like to cover a bit more ground.

But what? The good, the bad, the ugly, and the funny about being middle-aged and middle class (barely).
I help care for my parents, aged 81 and 85. A lot of you care for elderly relatives, too. That's Mom, chilling on the blue bench, below.
I hope you will share in my stories and contribute some of your own. 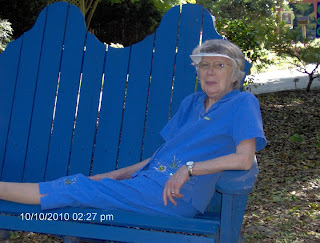 Because of who I am, books, writing, and reading will be an important part of the blog, but hopefully not in a dusty way. I'm surrounded by enough dust already. Cough.

Let's share our confessions, respect each other's privacy, and keep hurtful comments, hater-type criticism and rudeness in the blog down the street.

Here's my middle aged confession of the day. I was so incredibly tired last night while I was putting on my night shirt. The shirt has a large print pattern with random words on the front that should have made it easy to get into correctly.

Alas, when I looked in the mirror to brush my teeth, I saw the shirt was on INSIDE OUT out AND BACKWARDS.

Really? I can't get my nightshirt on without error?

I'm sure you fine people never do anything like this. Or do you?
Posted by Unknown at 8:18 PM No comments: